In the spirit of continuing the recent discussion on John Hunter, let us dive into the complicated tale behind the bodily remains of Mr. Charles Byrne. Charles Byrne, or the “Irish Giant,” as he is often referred to as, was born in 1761 in Derry (McMahon). He suffered from a form of genetic gigantism in the pituitary gland that caused him to grow to an outstanding 7ft 7in tall; presumably the same condition that Robert Wadlow was later affected by in the early 1900s (McMahon). As a teenager he worked as a freak-show performer and earned himself a small fortune. Unfortunately, he had a nasty addiction to alcohol and was robbed of all of his money during a regular drunken stupor (Knott). Charles passed away at the age of 22 and insisted that his body be buried at sea to avoid falling into the greedy hands of anatomists. 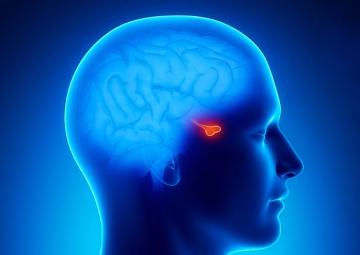 John Hunter knew of Charles Byrne and wanted his skeleton for his personal collection. John worked for years under his brother, Dr. Willian Hunter, a famous anatomy instructor. During those years, John was put to the task of acquiring bodies for William’s students to dissect as well as for the pair’s extensive collection of carefully dissected medical specimens (“William Hunter and the Anatomy of the Modern Museum”). Although the friends of Byrne agreed to bury him at sea, some historians believe that John Hunter bribed one of them at his funeral and convinced them to steal his body out of the coffin and replace it with superficial weight. The skin was stripped off of his bones and he spent many years on display. His skeleton is currently housed at the Anatomical Museum in London but a lot of controversy surrounds his case. Some people believe that his skeleton ought to be buried at sea, as Charles wanted in the first place, and others argue that his remains offer invaluable research potential. Either way, the interaction between John Hunter and Charles Byrne is a sad story that illustrates the frustrations that individuals suffering from unusual medical conditions faced during the 18th and 19th centuries. 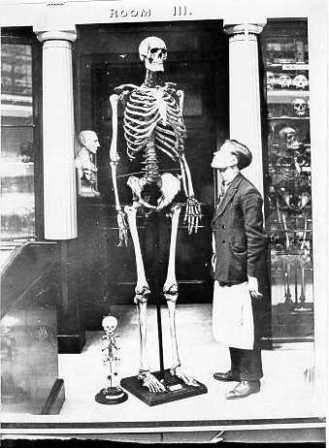 One thought on “He Never Made it out to Sea: The Thievery of Charles Byrne’s Remains”